Team RV Express has been Canadian owned and operated since its inception in 2007. The niche it created back then by garnering DPU (dealer pick up) customers in Quebec and Ontario is much credited to Mike McGee’s, president and co-founder, ability to speak French fluently and translate for his French-speaking customers.

Since then Team RV Express has been speaking “growth” and what was once a company focusing on Ontario and Quebec, has broadened to include all provinces.

McGee said the ability to maintain professional drivers from Canada and learning to work with Canada Customs were two keys that led to early success. “We probably had some insights that other companies didn’t have because we are Canadians,” he said.

He also attributes some of the company’s rapid growth to being the first company to offer dealerships an online portal in which to electronically view the progression of their units from manufacturer to delivery. McGee said Team RV Express began offering this in 2009.

Additionally, in 2013, Ready RV was formed. This made Team RV Express the first transport company to also perform PDIs (pre-delivery inspections). This innovative strategy gave the corporation the ability to perform PDIs prior to delivering units to Canada.

The ability to perform PDIs for its transport customers is one of the major components that enable Team RV Express to maintain its leadership in the market.

“The PDI program has been a huge help to us in particular. It saves us time. It helps us get units to the front line quicker,” says J.C. Brown, general sales manager for SMP-RV, Houston, B.C. “Too many units were sitting out back waiting for parts for weeks on end, before.”

He added that the biggest obstacle the Canadian dealers face is getting parts across the border in a timely manner.  “It can take weeks to get something like a piece of fascia,” he said.

Long-time customer Layzee Acres RV Sales in Rama, Ont., is a perfect example of how that business model works for Team RV Express and its customers.

“We were one of Team RV’s very first customers,” says Thomas Geisser, president of Layzee Acres. “It definitely was the customer service provided by the drivers that caught our attention.

Another advocate of combining the PDIs with the deliveries is Alan Fertig, owner and president of Allan Dale Trailers and RV’s. Allan Dale, considered the RV and trailer superstore of western Alberta, has locations in Edmonton and Red Deer. Both are serviced by Team RV Express and Ready RV.

“We really appreciate the daily hands-on interaction between the team at Team RV and Allan Dale,” Fertig said, adding, “the PDI program offers the proximity to the factories and parts availability allowing Team to drive over and pick up the parts needed to complete the PDI.” 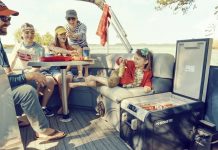 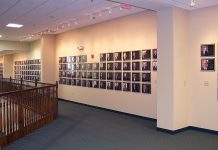